Thomas Drechsel is a German actor who has performed on television, film, and stage. Drechsel is best known for his role as Max “Tuner” Krüger in the German soap Gute Zeiten, schlechte Zeiten. His film credits include Sumo Bruno, Before the Fall, and Atomised. In 2015, Drechsel took part in the eighth season of the German version of Let’s Dance, with his partner Regina Murtasina. Born on January 15, 1987 in Berlin, Germany, he was discovered at school as a teenager. Drechsel made his acting debut at the age of 12 in the 2000 film Sumo Bruno. 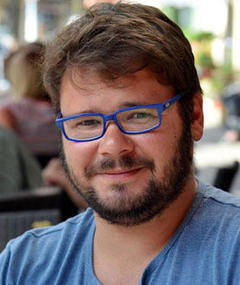 Thomas Drechsel Facts:
*He was born on January 15, 1987 in Berlin, Germany.
*He made her film debut in Sumo Bruno (2000)
*He portrayed Max “Tuner” Krüger in the German soap Gute Zeiten, schlechte Zeiten in 2009.
*He currently lives in Potsdam.
*Follow him on Facebook and Instagram.