Abbie Cornish is an Australian actress who has starred in such films as Bright Star, Somersault, Candy, Sucker Punch, Limitless, Seven Psychopaths, Three Billboards Outside Ebbing, and Missouri. Her notable television appearances include: Outriders, Marking Time, and Jack Ryan. Also a rapper, singer and songwriter, Cornish has been rapping under the name MC Dusk since 2000 and was part of an Australian hip hop group from the age of 18 to 22. Born on August 7, 1982 in Lochinvar, Australia, to parents Shelley and Barry Cornish, she is the older sister of actress Isabelle Cornish. She attended a Catholic school. Cornish’s first acting job was on the Australian drama series Children’s Hospital. She dated American actor Ryan Phillippe from 2006 until early 2010. 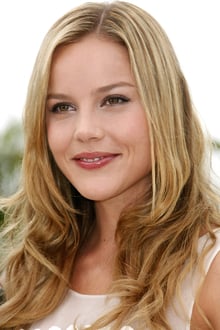 Abbie Cornish Facts:
*She was born on August 7, 1982 in Lochinvar, Australia.
*She learned driving at the age of 12.
*At 13, she worked as a model.
*She is a vegetarian since 13.
*Her parents split when she was 16 years old.
*She can play the guitar and piano.
*In 2008, she was voted “Australia’s Sexiest Vegetarian”.
*She is the ambassador for the Australian animal rights group Voiceless.
*Follow her on Instagram.