Ricky Groves is a British actor. He is best known for portraying Garry Hobbs in the BBC soap opera EastEnders from 2000 to 2009. Previously, Groves appeared in the series Burnside, a spin-off from The Bill. He participated in TV series Celebrity Coach Trip partnered with friend Alex Ferns. He also competed in the 2014 series of Splash on ITV. He also appeared in several reality shows, including Celebrity MasterChef, All Star Family Fortunes, and Strictly Come Dancing. Born Richard Groves on April 23, 1968 in London, United Kingdom, he trained at The Poor School in London. He has been married to Kay Russell since 2015. He was previously married to actress Hannah Waterman from 2006 to 2010. 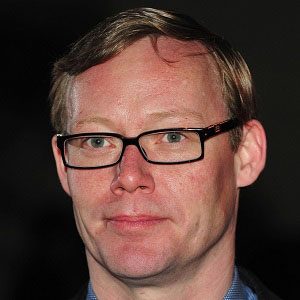 Ricky Groves Facts:
*He was born on April 23, 1968 in London, United Kingdom.
*He played Garry Hobbs in EastEnders from 2000 to 2009.
*He enjoys golf and fishing.
*He is an avid supporter of Leyton Orient Football Club.
*Follow him on Twitter.