American rapper Ace Hood is best known for his hit singles ‘Hustle Hard’ and ‘Bugatti’. He released his debut album, Gutta, in 2008, which reached #2 on “Top Rap Albums”. His album ‘Blood, Sweat & Tears’ reached #1 position on the US Billboard Top Rap Albums chart in 2011. Born Antoine McColister in Port St. Lucie, Florida, Ace Hood was raised by his mother with his younger cousin Ty Barton, Jr. in Deerfield Beach, Florida. He attended and graduated from Deerfield Beach High School. With his longtime girlfriend Shanice Tyria Sarratt, he had twin girls, Lyric and Sailor in 2011, but Lyric died shortly after birth due to health complications. 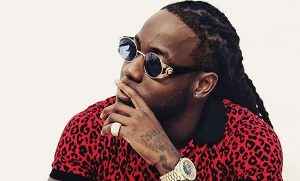 Ace Hood Facts:
*He was raised by his mother in Deerfield Beach.
*His career was began after giving a radio DJ his demo tape.
*His single ‘Top of the World’ was used in basketball digital game, NBA 2K10.
*Follow him on Twitter, YouTube, Myspace, Facebook and Instagram.