Adam Brody is an American film and television actor best known for his role as Seth Cohen on The O.C.. His other film roles include Mr. & Mrs. Smith, Jennifer’s Body, Cop Out, Scream 4, Lovelace, Thank You for Smoking, In the Land of Women, Life Partners, and Sleeping with Other People. Brody was born on 15 December 1979 as Adam Jared Brody in Carlsbad, San Diego, California to Mark Brody and Valerie Siefman. He has younger twin brothers named Sean and Matt. He has been married to Leighton Meester since 2014. They have a daughter named Arlo Day Brody. 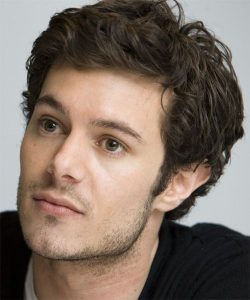 Adam Brody Favorite Things:
Movie: Eternal Sunshine of the Spotless Mind (2004)
Books: The Catcher in the Rye (By J.D. Salinger), Less Than Zero (By Bret Easton Ellis), The Amazing Adventures of Kavalier and Clay (By Michael Chabon)

Adam Brody Facts:
*People Magazine named him one of the Sexiest Man Alive in the World in 2004.
*He is the first male actor to pose for the cover of Elle Girl magazine.
*He was named the seventieth in Independent Oline’s 100 Sexiest Men Alive.
*He was ranked #9 on Elle Girl magazine’s “50 Hottest Guys” list.
*He is a fan of Death Cab for Cutie, Bright Eyes, Nirvana, Pearl Jam and Arctic Monkeys.
*He has a dog named Penny Lane.