Actor and singer who became recognized for his portrayal of Luther in the Disney XD series Zeke and Luther and Wendell “Wen” Gifford in Lemonade Mouth. He began his acting career in 2000, appearing in multiple episodes of Titus. He gained his first starring film role in How to Eat Fried Worms in 2006. Born as Adam Paul Nielson Hicks in Las Vegas, Nevada, Adam is the son of Lucy and Ronald Hicks. He has a brother named Tristan. 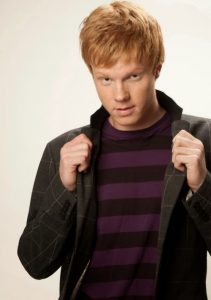 Adam Hicks Facts:
*He began acting at the age of 8.
*He plays the drums, skateboards, dances, raps, and writes songs.
*He has seven Pets: five cats (Cleo, Marbles, Mindy, Smudgy and Wellington); two dogs (a beagle, Buddy, and a Chihuahua, Freckles).
*Follow him on Twitter.