English actress, Emilia Fox is most famous for her portrayal of Dr. Nikki Alexander on the BBC crime drama Silent Witness. She is also known for film roles in Pride and Prejudice, Flashbacks of a Fool, The Pianist, The Other Boleyn Girl, and Things to Do Before You’re 30. Emilia was born as Emilia Lydia Rose Fox on July 31, 1974 in London, England to actor Edward Fox and actress Joanna David. Her younger brother Freddie, is also an actor. In 2010, she began dating Jeremy Gilley with whom she had one daughter, Rose, they broke up in 2011. She was previously married to Jared Harris from 2005 to 2010. 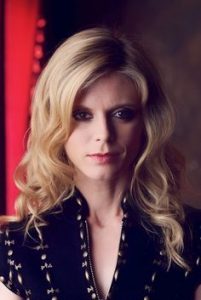 Emilia Fox Facts:
*She belongs to thespian family.
*She is the daughter of actor Edward Fox and actress Joanna David.
*She dyed her hair red for her role on Upstairs Downstairs (2010).
*Fox has admitted that she drank and smoked heavily in her early years.
*Follow her on Twitter and Instagram.