Adam Irigoyen is an American actor, singer, rapper and dancer. He is best known for his portrayal of Deuce Martinez on the Disney Channel original series Shake It Up. He portrayed Ray on the TNT drama series The Last Ship from 2015 to 2018. He has also appeared on a number of other TV shows, such as Good Luck Charlie, Henry Danger, The Fosters, Whitney, 2 Broke Girls, and Away. 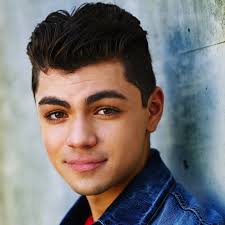 Adam Irigoyen Facts:
*Born on August 5, 1997 in Miami, Florida, he is of Cuban descent.
*Born to Annie and Eric Irigoyen, he has an older sister named Kimberly and a younger brother named Jake.
*He began his acting career when he was 11 years old.
*He appeared in multiple commercials and print campaigns before guest-starring on the Disney Channel’s series, Wizards of Waverly Place.
*He played Deuce Martinez in the Disney Channel series Shake It Up from 2010–2013.
*His first language is Spanish.
*His favorite food is Cuban.
*He likes dancing and enjoys playing sports, particularly basketball.
*He is best friends with Hailee Steinfeld.
*Visit his official website: www.adamirigoyen.com
*Follow him on Instagram.