Adam Saleh is an American YouTube star. He is best known for his videos on his YouTube channel, where he has over 2.1 million subscribers and growing. He has another YouTube channel, ASAvlogs, which has earned more than 3.8 million subscribers. He is also the founder of Winfinity Ent. As a musician, he released his debut album, Chapter 2, in October 2017. He has also worked with other YouTubers and celebrities such as, Zack Knight, Karim Metwaly and Mumzy Stranger among many others. Born Adam Mohsin Yehya Saleh on June 4, 1993 in Brooklyn, New York, USA to Yemeni parents, his YouTube career began in 2012, as part of a series called TrueStoryASA with his college friend Sheikh Akbar. He attended John Jay College of Criminal Justice. He has three nieces, Haila, Reema and Deena, and four nephews, Hamzah, Jamal, Yousif and Mohsin. 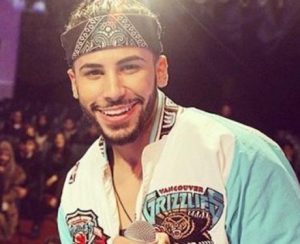 Adam Saleh Facts:
*He was born to Yemeni parents in Brooklyn on 4 June 1993.
*He has been described by both himself and multiple other sources as a prankster.
*He has been making YouTube videos since 2012.
*Earlier on in his life, his dream had been to become a boxer, but he had his license removed after street fighting as a teen.
*Visit his official website: www.adamsalehworldwide.com
*Follow him on Twitter, YouTube, Facebook and Instagram.