Nigerian highlife singer and songwriter who rose to prominence after releasing the 2015 hit single “Sade”, a highlife cover of One Direction’s “Story of My Life”. Adekunle’s debut studio album Gold, debuted at number 7 on the Billboard World Albums chart. This album was preceded by the release of three singles: “Sade”, “Pick Up” and “Orente”. Born Omoba Adekunle Kosoko on January 28, 1987 in Lagos, Nigeria, into the Kosoko royal family, Adekunle has three younger sisters. He studied arts and design at Lagos State Polytechnic. He has been married to Simi since January 2019. Together they have one daughter, Adejare. 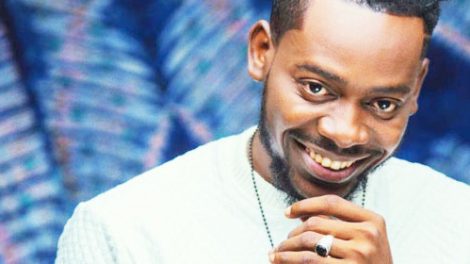 Adekunle Gold Facts:
*He was born on January 28, 1987 in Lagos, Nigeria.
*Growing up, he sang in his church choir and began writing music at 15.
*He signed a record deal with YBNL Nation in 2015.
*He is a nephew of legendary Nollywood actor Jide Kosoko, a member of the royal family ruling in Lagos State.
*Visit his official website: www.adekunlegold.com
*Follow him on Twitter, YouTube, SoundCloud, Facebook and Instagram.