Agatha Moreira is a Brazilian actress and model. She is mainly known for her portrayal of Giovanna Lovatelli Ticiano in the 2015 telenovela Verdades Secretas. She played Giselle Dutra Noronha Muniz in the 2014 telenovela Em Família. In 2015, Agatha participated in the 9th series of Dança dos Famosos on Domingão do Faustão. Born Agatha Cerqueira Pereira Moreira on January 19, 1992 in Olaria, Rio de Janeiro, Brazil, to parents Enilda Cerqueira and Antônio Moreira, she has a sister Cristiane Bazaga Moreira and brother Augusto Cerqueira. She first gained recognition after her participation in the 20th season of the teen telenovela Malhação in 2012. She modeled before she started her acting career. 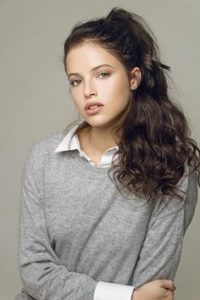 Agatha Moreira Facts:
*She was born on January 19, 1992 in Olaria, Rio de Janeiro, Brazil.
*She made her acting debut in 2012 in Malhação as Juliana Menezes.
*In 2015, she participated in the ninth series of Dança dos Famosos on Domingão do Faustão.
*Follow her on Twitter and Instagram.