Dalida Khalil is a Lebanese actress, singer and dancer, known for her performances in Awwal Marra, Helwe W Kezzabe, Dawa’er Hob: Circles of Love, and Amir El Leil. She participated on the 3rd season of Dancing with the Stars, and came in as first runner up. In 2012, she received the Murex d’Or Award for Best Rising Actress. She released her debut single, Wardi W Wardi on September 6, 2018. Born Dalida Antoine Khalil on February 16, 1988 in Zgharta, Lebanon, she is the niece of the Lebanese singer Laura Khalil. She has one younger sister named Christel. She graduated from the Academy of Arts in the Lebanese University with an Acting and Directing degree. She began her acting career in 2007 appearing in a Lebanese series called Fifty-Fifty. 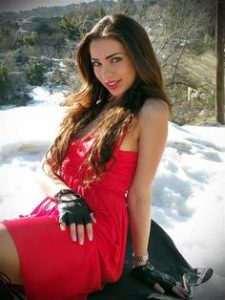