Aida Yespica is a Venezuelan television personality, model, actress and former beauty queen. She’s considered a sex symbol of the 2000s and 2010s, due to her considerable beauty and charm. She has participated in variety and reality shows, appeared in films and TV programs, posed for several n*de calendars, and acted in television commercials. She has been featured on the cover of a number of publications including GQ Magazine and Maxim Magazine. Born Aída María Yéspica Jaime on July 15, 1982 in Barquisimeto, Venezuela, she began her career in 2002 competing in the Miss Venezuela pageant. She has one son Aron born in Genoa on November 27, 2008 with her ex-boyfriend Italian soccer player Matteo Ferrari Matteo Ferrari. 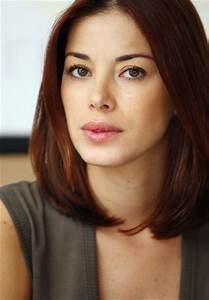 Aida Yespica Facts:
*She was born on July 15, 1982 in Barquisimeto, Venezuela.
*She participated in Miss Venezuela 2002 beauty pageant.
*She was the protagonist of the 2004 calendar of the Italian magazine Fox Uomo.
*She was once engaged to fellow L’Isola dei Famosi contestant Francesco Facchinetti (son of Roby Facchinetti) (2006).
*She dated Italian soccer player Matteo Ferrari from 2007 to 2009.
*Follow her on Twitter and Instagram.