Trevor Eve is an English actor of film and television who became famous for the role of the private investigator Eddie Shoestring in Shoestring. Eve is also known for his role as Detective Superintendent Peter Boyd in the police procedural BBC series, Waking the Dead. He also starred in the romantic comedy, She’s Out of My League. Born Trevor John Eve on July 1, 1951 in Sutton Coldfield, England, UK, to parents Elsie and Stewart Frederick Eve, his father was English and his mother was Welsh. He was educated at Bromsgrove School, and studied architecture at Kingston Polytechnic in London. He later enrolled at Royal Academy of Dramatic Art (RADA). On March 1, 1980, he married actress, Sharon Maughan. They have three children, including actress Alice Eve. 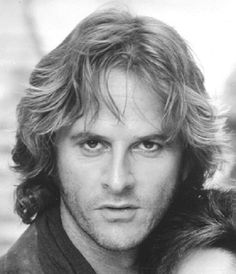 Trevor Eve Facts:
*He was born on July 1, 1951 in Sutton Coldfield, England, UK.
*He belongs to both English and Welsh descent.
*He studied architecture at Kingston Polytechnic in London, and enrolled at Royal Academy of Dramatic Art (RADA).