Aimee Kelly is a British actress, best known for her film debut as Kayla in the 2011 feature film Sket, for which she was nominated Best British Newcomer at the London Film Festival Awards. She also starred as Maddy Smith in CBBC’s hit drama Wolfblood, for which she was nominated Best Children’s performer by BAFTA. Kelly’s other notable works include The Inbetweeners Movie, The Personal History of David Copperfield, and The Duke. She has also appeared as a guest-star in several television series such as Playhouse Presents, Newsround, Friday Download, Call the Midwife, Doctors, and Holby City. 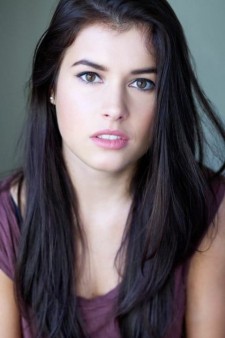 Born on July 8, 1993 in Newcastle upon Tyne, United Kingdom, she has a twin sister named Katie as well as a younger sister named Molly. Kelly attended Sacred Heart Catholic High School, and completed her vocational training from Tring Park School of Performing Arts in Hertfordshire.

Aimee Kelly Facts:
*She was born on July 8, 1993 in Newcastle upon Tyne, United Kingdom.
*She started her career at the age of 16.
*She earned her first acting role in the 2011 British urban retribution thriller film Sket.
*She played Maddy Smith in the CBBC’s supernatural television series Wolfblood from 2012 to 2013.
*She loves football and her favorite football team is Newcastle United.
*Follow her on Instagram.