Aisha Tyler is an American actress, comedian, writer and television host. She is best known for television roles as Andrea Marino on Ghost Whisperer, Dr. Tara Lewis on Criminal Minds, Marianne Taylor on 24 and Dr. Charlie Wheeler on Friends. Her film appearances include Santa Clause film series, 45, Death Sentence, Meet Market, Black Water Transit, and The Babymakers. In 2009, she began her starring role voicing Lana Kane in the FX series Archer. She was the host of Talk Soup, and also co-hosted the daytime talk show The Talk. In March 2013, she began hosting the American version of Whose Line Is It Anyway?. Born Aisha Naomi Tyler on September 18, 1970 in San Francisco, California, to Robin Gregory and Jim Tyler, she has one younger sister named Feri. She attended and graduated from Dartmouth College in 1992, with a degree in Political Science and a minor in Environmental Policy. She worked as an advertising executive before becoming a Stand-up comedian in the mid-1990s. She was married to Jeff Tietjens from 1994 until 2017. 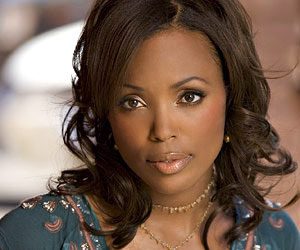 Aisha Tyler Facts:
*She was born on September 18, 1970 in San Francisco, California.
*She belongs to both African American and Native American descent.
*Her parents divorced when she was age ten, and she and her sister were raised by their father.
*She was a member of an all-female acapella group while in Dartmouth College.
*She was ranked #72 on the Maxim magazine “Hot 100 of 2005” list.
*Visit her official website: www.aishatyler.com
*Follow her on Twitter, YouTube, Facebook and Instagram.