Aislinn Paul is a Canadian actress. She is best known for her role as Clare Edwards on the long-running teen television series Degrassi: The Next Generation, for which she has won two Canadian Screen Awards for Best Performance in a Children’s or Youth Program or Series. She was also nominated for a Young Artist Award for Best Supporting Young Actress in 2010. Aislinn also played Hannah Woodal in the Lifetime network’s drama series Wild Card and starred as Natalie Callaway in the first season of Hulu series Freakish in 2016. Aislinn‘s other notable works include Candles on Bay Street, Tell Me You Love Me, Murder in the Hamptons, and Heroes Reborn. Born Aislinn Claire Paul on March 5, 1994 in Toronto, Ontario, Canada, she is the only daughter of actor Brian Paul and Deborah Tennant. She started her career as a child actor appearing in commercials and advertising campaigns. She attended and graduated from the Etobicoke School of the Arts alongside fellow Degrassi star Chloe Rose. 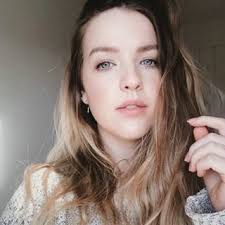 Aislinn Paul Facts:
*She was born on March 5, 1994 in Toronto, Ontario, Canada.
*She’s an only child.
*Her birth name is Aislinn Claire Paul.
*She started her career at the age of 6 in 2000.
*She portrayed Clare Edwards on Degrassi: The Next Generation from 2006-2015.
*She has a cat named Cleo.
*Follow her on Twitter and Instagram.