Bollywood actor, director and producer who is widely regarded as one of the most popular and influential actors of Hindi cinema, has appeared in over a hundred Hindi films. Devgan’s notable film credits include Phool Aur Kaante, Jigar, Sangram, Dilwale, Diljale, Zakhm, Hum Dil De Chuke Sanam, Company, Deewangee, The Legend of Bhagat Singh, Golmaal: Fun Unlimited, and Singham. His accolades include two National Film Awards and four Filmfare Awards. In 2016, Devgn was honoured by the Government of India with the Padma Shri, the fourth-highest civilian honour of the country. He made his directorial debut in U Me Aur Hum (2008). 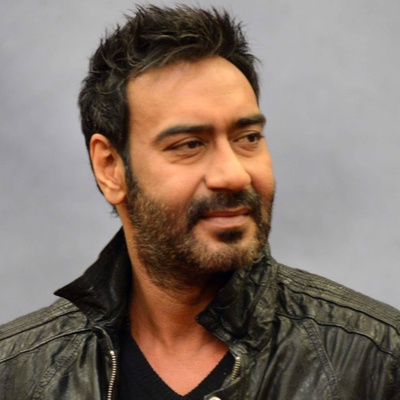 Born Vishal Veeru Devgan on April 2, 1969 in New Delhi, India, to parents Veena and Veeru Devgan, his siblings are Anil, Kavita, and Neelam. Devgn graduated from the Silver Beach High School in Juhu and then studied at Mithibai College. He is married to noted actress Kajol and has two children.

Ajay Devgn Facts:
*He was born on April 2, 1969 in New Delhi, India, to a Punjabi Hindu family.
*He is the son of Veeru Devgan and Veena Devgan.
*He started his career with the 1992 film Phool Aur Kaante, for which he received a Filmfare Award for Best Male Debut.
*The director Rakesh Roshan had zeroed on Ajay Devgan as his first choice for the role of Karan Singh in the movie, Karan Arjun. Salman Khan was later cast in that role.
*He owns a production company Ajay Devgn FFilms, which was established in 2000.
*He changed the spelling of his last name from Devgan to Devgn at the request of his family in August 2009.
*Visit his official website: www.ajaydevgnffilms.com
*Follow him on Twitter, YouTube, Facebook and Instagram.