Charlie Day is an American actor, comedian, screenwriter, producer, and director. He is best known for his portrayal of Charlie Kelly on the sitcom It’s Always Sunny in Philadelphia, for which he was nominated for a Critics’ Choice Television Award and a Satellite Award in 2011. His notable film appearances include: Horrible Bosses (2011), Pacific Rim (2013) and Fist Fight (2017). Day was the executive producer on the Fox comedy The Cool Kids from 2018 to 2019. 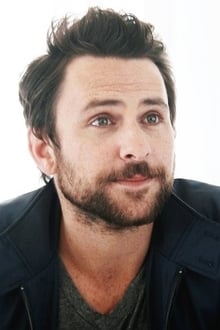 Born Charles Peckham Day on February 9, 1976 in New York, New York, to music teachers Mary and Dr. Thomas Charles Day, he has an older sister named Alice. Charlie attended the Pennfield School and then graduated from the Portsmouth Abbey School, both in Portsmouth, Rhode Island. He then attended Merrimack College in Massachusetts, majoring in art history in 1998. He married actress and writer Mary Elizabeth Ellis in March 2006. Together they have one son, Russell Wallace Day.

Charlie Day Facts:
*He was born on February 9, 1976 in New York, New York, USA.
*He is of Italian, Irish, and English descent.
*He played shortstop on the baseball team at Merrimack College.
*He began playing Charlie Kelly on the hit FX television series It’s Always Sunny in Philadelphia in 2005.
*He gave the commencement speech for Merrimack College’s graduating class and received an honorary Ph.D in May 2014.
*He can play the piano, accordion, trombone, guitar and harmonica.
*He resides in Los Angeles with his wife.
*Follow Charlie on Instagram.