Akhil Akkineni is an American actor of Indian descent who appears in Telugu films. He is best known for his full-fledged film debut as Akhil in V. V. Vinayak’s Akhil (2015). He has also starred in the films Hello, Mr. Majnu, and Most Eligible Bachelor. He has received two Filmfare Awards South. Akkineni is the captain of Telugu Warriors cricket team that competes in the Celebrity Cricket League. 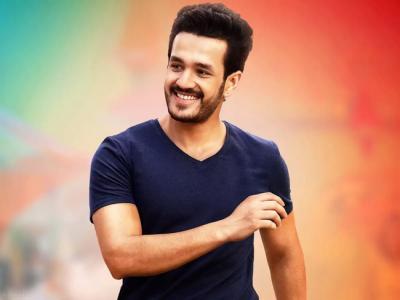 Born on April 8, 1994 in San Jose, California, to parents actors Nagarjuna and Amala, he is of Indian (Telugu) descent on his father’s side and Irish and Indian (Bengali) descent on his mother’s side. He is the grandson of actor Akkineni Nageswara Rao, and half-brother of Naga Chaitanya. His sister-in-law Samantha is also an actress. Akkineni is a BBA graduate from University of South Florida. In 2016, Akkineni was engaged to Shriya Bhupal, grand daughter of business tycoon G. V. Krishna Reddy. Their wedding was planned in 2017 but was later called off.

Akhil Akkineni Facts:
*He was born on April 8, 1994 in San Jose, California, USA.
*He first appeared on screen at the age of one in Sisindri (1995).
*He pursued acting as a career at age 16 and enrolled in an acting course at the Lee Strasberg Theatre and Film Institute in New York.
*His debut film as a full-fledged lead was V. V. Vinayak’s Akhil (2015).
*He was once engaged to Shriya Bhupal, grand daughter of business tycoon G. V. Krishna Reddy.
*Follow him on Facebook and Instagram.