American actor who came to prominence during the 1980s, with roles as a youth in films such as Friday the 13th: The Final Chapter, Gremlins, The Goonies, and Stand by Me. In 1987, Feldman starred as Edgar Frog in the horror film The Lost Boys with Corey Haim; they became known as “The Two Coreys” and went on to appear in other films together, including License to Drive and Dream a Little Dream. In the late 1990s, Feldman starred as Vic in the CBS series Dweebs and then released his second album, Still Searching for Soul, with his band Corey Feldman’s Truth Movement. He has appeared as a guest-star in several television series such as Mork & Mindy, Alice and Eight Is Enough. Feldman was a contestant in the first season of The Surreal Life. 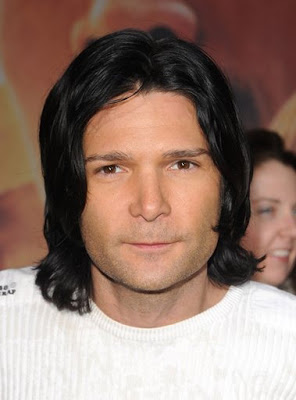 Born Corey Scott Feldman on July 16, 1971 in Chatsworth, California, to parents Sheila and Bob Feldman, Corey was raised Jewish and also holds beliefs in the paranormal. His first acting role was in a commercial for McDonalds Gift Certificates. Feldman married Courtney Anne Feldman in 2016. He was previously married to Vanessa Marcil from 1989 to 1993 and Susie Feldman from 2002 to 2014.

Corey Feldman Facts:
*He was born on July 16, 1971 in Chatsworth, California, USA.
*He began his acting career at the age of three in a McDonald’s commercial.
*He made his big screen debut in Time After Time (1979).
*He released a solo album titled Former Child Actor in 2002.
*He was ranked #8 in VH1’s list of the “100 Greatest Kid Stars”.
*He and best friend Corey Haim were known as “The Two Coreys” at the peak of their success in the 80s.
*He was friends with Michael Jackson.
*He dated actress Drew Barrymore in 1989.
*Visit his official website: www.coreyfeldman.net
*Follow him on Twitter, YouTube and Instagram.