Alan Jackson is an American country music artist who has released sixteen studio albums, three greatest hits albums, two Christmas albums, two gospel albums and 66 singles. His achievements include two Grammy Awards, 16 CMA Awards and 17 ACM Awards. His best known albums are 1992 studio album A Lot About Livin’ (And a Little ’bout Love), 1995’s The Greatest Hits Collection and 2003’s Greatest Hits Volume II. He received a Grammy Award for his song commemorating the 9/11 terror attacks, “Where Were You (When the World Stopped Turning)”. Born Alan Eugene Jackson on October 17, 1958 in Newnan, Georgia, USA to Ruth Musick and Eugene Jackson, he has four older sisters. As a child, he sang in church and listened to gospel music. At 12, he started working at a shoe store. He is married to his high school sweetheart, Denise Jackson and has three daughters, Mattie Denise, Alexandra Jane “Ali”, and Dani Grace. 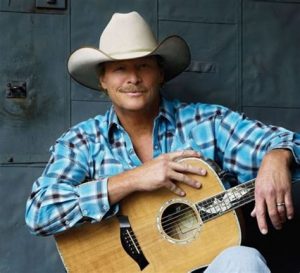 
Most Beautiful Women in the World 2021