Alba Flores is a Spanish actress. She is best known for her portrayal of Saray Vargas in the Antena 3 woman’s prison series Vis a Vis (Locked Up), and for her role as Nairobi in the Spanish heist series La Casa de Papel (Money Heist). She has appeared in the films El Calentito, Los managers, Vicente Ferrer, and The Memory of Water. Born Alba González Villa on October 27, 1986 in Madrid, Spain, she is the only child of musician and composer Antonio Flores and Ana Villa, a theatrical producer. She is of Romani and Spanish descent. Flores began studying acting at the age of thirteen. She made her film debut in El calentito (2005). 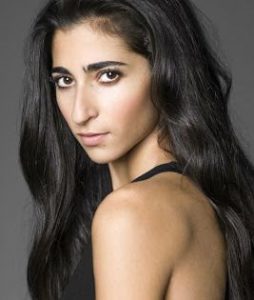 Alba Flores Facts:
*She was born on October 27, 1986 in Madrid, Spain.
*Her father died when she was nine years old.
*She is the cousin of actress Elena Furiase.
*She won a Waves Award for Best Female Actress for her role in Vis a vis in 2015.
*She is vegetarian and has campaigned on behalf of the Latin division of PETA, saying that, “You have to leave the animals off the plate.”
*She is good friends with actor Alex Cueva.
*Follow her on Twitter and Instagram.