Janel Parrish is an American actress and singer. She is best known for her portrayal of Mona Vanderwaal on the Freeform mystery drama series Pretty Little Liars and spin-off Pretty Little Liars: The Perfectionists. She is also known for roles such as Young Cosette in the Broadway production of Les Misérables, and Jade in the teen comedy film Bratz. She is also notable for her role as Margot Covey in the To All the Boys film series. In 2014, Parrish competed in the nineteenth season of Dancing with the Stars, taking third place. Born Janel Meilani Parrish on October 30, 1988 in Oahu, Hawaii, to parents Joanne and Mark Parrish, she is of Caucasian descent on her father’s side, and of Chinese descent on her mother’s side. She has an older sister named Melissa who served in the United States Army. Parrish attended Moanalua Elementary and Moanalua High School, before being home schooled. She has been married to Chris Long since September 8, 2018. She was previously in a relationship with musician Justin Altamura. 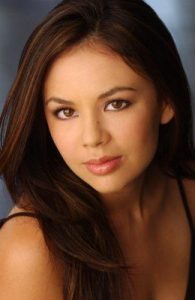 Janel Parrish Facts:
*She was born on October 30, 1988 in Oahu, Hawaii, USA.
*Her parents were former bodybuilders.
*At age 6, she began piano lessons, and studied acting, singing, the piano, and tap dance and jazz dance from the age of 7.
*At age 14, she entered the talent competition Star Search.
*She played Mona Vanderwaal in the Freeform mystery drama Pretty Little Liars from 2010 to 2017.
*She has 24 tattoos.
*Visit her official website: www.janelparrish.com
*Follow her on Twitter, SoundCloud, Facebook and Instagram.