Alden Richards is a Filipino actor, singer, model and TV host. He is known for his roles in television, such as Alakdana, Destined to be Yours, Ilustrado, Reel Love Presents: Tween Hearts, One True Love, Love is…, Carmela, and Victor Magtanggol, and in the films The Road, Tween Academy: Class of 2012, Si Agimat, Si Enteng at Ako, and Imagine You and Me. In 2016, Richards played Lakan in the reboot series of Encantadia. He released his self-titled debut pop album in May 2013. Born Richard Reyes Faulkerson Jr. on January 2, 1992 in Santa Rosa, Philippines, to parents Riza and R.D. Faulkerson, he is the middle child of three, with an older brother named R.D. Faulkerson and younger sister named Riza Faulkerson. Richards was educated at Paco Catholic School in Paco, Manila and Colegio de Santa Rosa de Lima High School where he graduated. He won his first Best Actor award for his performance as José Rizal in Ilustrado, during the 29th PMPC Star Awards for Television in 2015. Richards was rumored to be dating the fellow actress, Maine Mendoza. 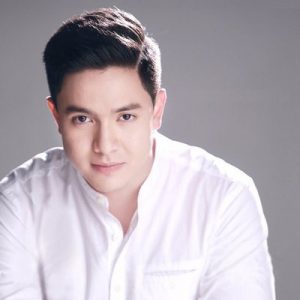 Alden Richards Facts:
*He was born on January 2, 1992 in Santa Rosa, Philippines.
*Growing up, he wanted to be a pilot but his mother urged him to pursue acting instead.
*He unsuccessfully auditioned for the reality television shows StarStruck and Pinoy Big Brother: Teen Clash of 2010.
*In 2011, he was awarded as the 1st Filipino Amazing Male Newcomer in the first Yahoo! OMG! Philippines Awards.
*Follow him on Twitter, Facebook and Instagram.