Ashley McBryde is an American country music singer and songwriter, best known for her hit single “A Little Dive Bar in Dahlonega” which was named one of the 54 Best Songs of 2017 by The New York Times, and one of the Top 25 Best Country Songs of 2017 by Rolling Stone. Her major label debut album Girl Going Nowhere, produced by Jay Joyce, was released on March 30, 2018. “Girl Going Nowhere” earned her a Grammy nomination for Best Country Album during the 61st Annual Grammy Awards. Born on July 29, 1983 in Mammoth Spring, Arkansas, USA, to parents Martha A. Wilkins and William C. McBryde, she started playing her father’s guitar as a teenager. She attended and graduated with a major in music from Arkansas State University. 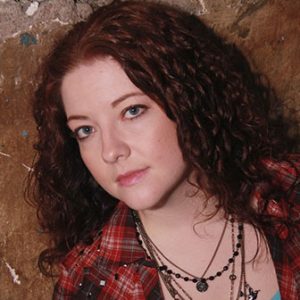 Ashley McBryde Facts:
*She was born on July 29, 1983 in Mammoth Spring, Arkansas, USA.
*In 2007, Ashley moved to Nashville, Tennessee to become a country music singer.
*She won the annual Country Showdown contest in 2009 and 2010.
*Her older brother, William Clayton McBryde, Jr., died on June 20, 2018.
*She is a huge fan of singer-songwriter and musician Patty Griffin.
*Visit her official website: www.ashleymcbryde.com
*Follow her on Twitter, SoundCloud, YouTube, Facebook and Instagram.