Alejandra Guilmant is a Mexican actress and model who has modeled for brands such as Zac Posen, all saints, Levis, Paco Rabanne, and L ‘ Oreal. She has appeared on the cover or been featured in many international fashion magazines including Elle, Playboy, Esquire and Maxim, as well as editorials for GQ, Harper’s Bazaars Art Issue, and In Style. As an actress, Guilmant has appeared in the films Likeness (2013), A la mala (2015), and Compadres (2016). She is represented by Paragon Mexico, Storm Management in London, Oui Management in Paris, MODELWERK in Hamburg and Photogenics Los Angeles. 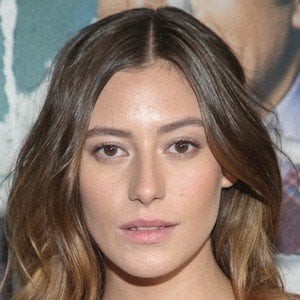 Alejandra Guilmant Education:
She graduated from high school at the age of 18.

Alejandra Guilmant Facts:
*She was born on May 10, 1993 in Mexico City, Mexico.
*She is of French, Swedish, and Spanish descent.
*Following her high school graduation, Guilmant decided to pursue a career in fashion modeling.
*She was on the cover of Playboy’s sixth anniversary with Kate Moss on the cover and photographed by the famous David Bellemere.
*She resides between Los Angeles, Mexico and New York.
*Follow her on Twitter, Facebook and Instagram.