Alessia Cara is a Canadian singer, songwriter and instrumentalist whose debut single, “Here”, became a sleeper hit, reaching the top five in the United States and the top 20 in Canada. She released her debut studio album, Know-It-All, on November 13, 2015 via Def Jam Recordings. The album reached #8 in the Canadian charts and #9 on the Billboard 200 in US. The album’s third single, “Scars to Your Beautiful” reached the top ten on the Billboard Hot 100 and topped the US pop radio charts. Cara has received four Grammy nominations, including one for Best New Artist. Born Alessia Giada Caracciolo on July 11, 1996 in Brampton, Ontario, Canada, to Italian parents Enza Ciccione and Vincenzo Caracciolo, her siblings are Dario, Dante and Danica. At the age of 10, she began playing guitar and taught herself how to play various songs. She attended Cardinal Ambrozic Catholic Secondary School in Brampton, and graduated in 2014. She began uploading acoustic song covers to YouTube before signing with EP Entertainment and Def Jam Recordings in 2014. She was in a relationship with fellow musician Kevin Garrett from 2016 to 2018. 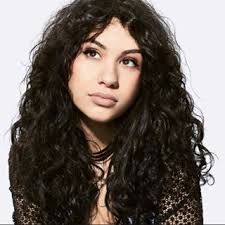 Alessia Cara Facts:
*She was born on July 11, 1996 in Brampton, Ontario, Canada.
*She belongs to Italian descent.
*She wrote poetry and did theatre as a child.
*She began her YouTube channel at the age of 13.
*She signed with EP Entertainment and Def Jam Recordings in 2014.
*She released her debut single, “Here”, in April 2015.
*Cara and Russian DJ Zed collaborated on the single “Stay” in 2017.
*She won the Grammy Award for Best New Artist in 2018.
*She is fluent in Italian.
*She plays the acoustic guitar.
*She cites artists Lauryn Hill, Amy Winehouse, Pink, Fergie of the Black Eyed Peas, Drake and Ed Sheeran as her biggest influences.
*Visit her official website: www.alessiacara.com
*Follow her on Twitter, SoundCloud, YouTube, Facebook and Instagram.