Flora Coquerel is a French model and beauty queen who was crowned Miss France 2014. She represented France at the Miss Universe 2015 where she placed as third runner-up. Born on April 14, 1994 in Mont-Saint-Aignan, France, to parents Sephi and Frédéric Coquerel, she belongs to both French and Beninese descent. She has an older brother named Cedric. She was crowned Miss Orléanais 2013 and became the winner of the Miss France 2014 beauty pageant. Coquerel placed as the third runner-up in Miss Universe 2015. She has a two-year degree in International Trade, graduating in 2015. 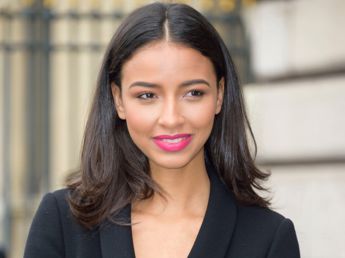 Flora Coquerel Education:
She holds a two-year degree in International Trade, graduating in 2015.

Flora Coquerel Facts:
*She was born on April 14, 1994 in Mont-Saint-Aignan, France.
*Her mother is Beninese and her father is French.
*She won the title of Miss France in 2014.
*She represented France at the Miss Universe 2015 pageant where she placed in the top five.
*Follow her on Twitter, Facebook and Instagram.