Alex Pettyfer is a British actor and model who played Alex Rider in the 2006 film Stormbreaker, for which he was nominated for a Young Artist Award and an Empire Award. He has also starred in the films I Am Number Four, Beastly, Endless Love, and Magic Mike. In 2019, Pettyfer starred as Brody on the Netflix science fiction miniseries The I-Land. As a model, he has appeared in several advertising campaigns for Burberry. Born Alexander Richard Pettyfer on April 10, 1990 in Stevenage, Hertfordshire, England, to parents Lee Ireland and Richard Pettyfer, he has a younger half-brother named James, from his mother’s re-marriage to a retired builder and property developer, Michael Ireland. On December 24, 2019, Pettyfer became engaged to German model Toni Garrn, whom he had been dating for ten months. They married in Hamburg, Germany, on October 2, 2020. He was previously in a relationship with Dianna Agron, Riley Keough, Marloes Horst, and Gabriela Giovanardi. 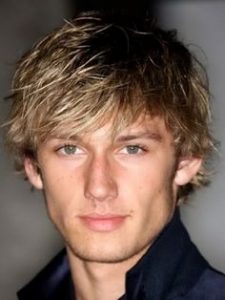 Alex Pettyfer Facts:
*He was born on April 10, 1990 in Stevenage, Hertfordshire, England, UK.
*He began his career as a child model at the age of seven.
*He was ranked #35 on British women’s magazine Company’s list of the top 50 most eligible bachelors in June 2009.
*His hobbies include dancing, skiing and playing hockey.
*He supports Arsenal Football Club.
*Visit his official website: www.alexpettyferofficial.com
*Follow him on Facebook and Instagram.