Alexa Nisenson is an American actress and voice actress. She is known for her roles as Georgia Khatchadorian in the 2016 comedy film, Middle School: The Worst Years of My Life, and Ally Campbell in the 2017 comedy film, Fist Fight. She is also known for her portrayal of Charlie on AMC’s Fear The Walking Dead, and for her voice role as Alexa in the Cartoon Network’s original series Summer Camp Island. Born on June 8, 2006 in Boca Raton, Florida, Nisenson moved to Atlanta, Georgia when she was six years old. She began her career in 2015 with a guest role in the TV series, Constantine. 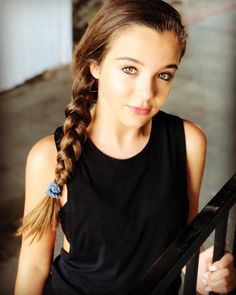 Alexa Nisenson Facts:
*She was born on June 8, 2006 in Boca Raton, Florida, USA.
*She made her debut in 2015 with a guest role in the TV series, Constantine.
*She danced at the Abby Lee Dance Company that is affiliated with the show Dance Moms.
*She currently resides in Los Angeles, CA.
*Follow her on Twitter and Instagram.