Jung Jin-young is a South Korean singer, songwriter, record producer, and actor. He is best known for being a member of the South Korean boy group B1A4. B1A4 released their debut Track “OK” on April 20, 2011, and their mini album Let’s Fly, making their debut on April 23, 2011 on MBC’s Show! Music Core. In 2016, Jin-young starred in KBS’ youth historical drama Love in the Moonlight, and was cast in Netflix’s youth romance drama My First First Love in 2018. Born on November 18, 1991 in Chungju-si, South Korea, he has one older sister. Jin-young studied music composition, acting, and singing for around two years before joining B1A4. He made his acting debut in tvN’s drama She is Wow in 2013 and made his film debut in Miss Granny in 2014. 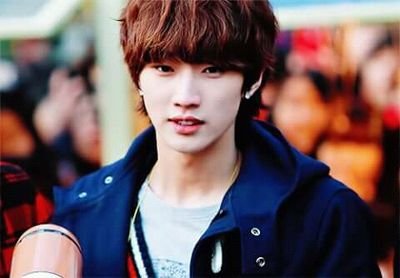 Jung Jin-young Facts:
*He was born on November 18, 1991 in Chungju-si, South Korea.
*He was discovered on Cyworld through a photo of himself posted on the website.
*Former member of K-pop group “B1A4” which includes members CNU, Sandeul, Gongchan, and Baro.
*He is a big fan of Will.i.am.
*Follow him on Twitter and Instagram.