American actress who was one of the celebrity house-guests on the 6th season of The Surreal Life on VH-1. She starred in the films I Think I Do, Jumpin’ at the Boneyard, Pulp Fiction, Bride of Chucky, Children of the Corn V: Fields of Terror, Blended, The Wedding Singer, and Sometimes They Come Back… Again. Born Robert Arquette on July 28, 1969 in Los Angeles, California, to Brenda Denaut and Lewis Arquette, she belongs to Jewish, French-Canadian, Swiss-German, and English descent. Her siblings are actors Rosanna, Richmond, Patricia, and David Arquette. At age 12, she had her first entertainment role in the Tubes music video. She died from cardiac arrest complicated by HIV in Los Angeles, aged 47. 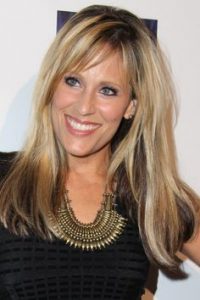 Alexis Arquette Facts:
*She was born on July 28, 1969 in Los Angeles, California, USA.
*She was a member of the Arquette family.
*She was the subject of an independent documentary called Alexis Arquette: She’s My Brother.
*She was diagnosed with HIV in 1987.