Aleyna FitzGerald is an Australian fashion model, best known for winning the 10 cycle of the reality television show Australia’s Next Top Model. She’s been signed with Marilyn Agency France, D’Management Group Milan, Premier Model Management London and DNA Model Management New York. She walked for Balmain and Rodarte and featured in Balmain’s Fall/Winter 2017 campaign, lensed by Olivier Rousteing. She walked for houses including Chanel and Valentino at the Spring/Summer 2018 shows in September and also featured in an editorial for Australian Harper’s Bazaar. Born on September 4, 1999 in Manly, Australia, she decided to leave high school for a career in modeling. She made her runway debut in 2017 walking for Saint Laurent, Dior, Valentino, and Sacai. She started dating fellow model Joseph Mapher. 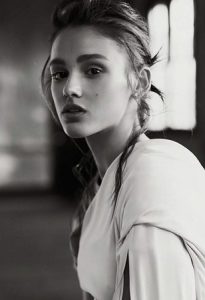 Aleyna FitzGerald Facts:
*She was born on September 4, 1999 in Manly, Australia.
*She walked for Balmain and John Galliano in Paris and Emporio Armani and Moschino in Milan.
*She has featured in Dolce & Gabbana’s Alta Moda show in New York.
*Follow her on Twitter and Instagram.