Actress who played Carol Marcus in Star Trek Into Darkness. Her other notable film and television credits include She’s Out Of My League, Entourage, The Raven, Crossing Over and Starter for 10. Born Alice Sophia Eve on February 6, 1982, in London, England, Alice Eve is the daughter of actors Trevor Eve and Sharon Maughan, and older sister to Jack and George Eve. She belongs to English, Irish and Welsh descent. In 2014, she married Alex Cowper-Smith, and separated in April, 2017. 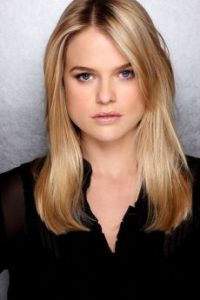 Alice Eve Facts:
*She is the eldest child in her family.
*She has different colored eyes. her left eye is blue, and her right eye is green.
*She is good friends with actor Benedict Cumberbatch.
*She is fluent in French.
*Andrew Marvell is her favorite poet.
*She was once in a relationship with poet Adam O’Riordan.
*Follow her on Facebook and Instagram.