Alice Merton is a German-Canadian-English singer and songwriter who became famous with her debut single, “No Roots”. The song reached the top 10 in Germany, France, Luxembourg, Poland, Italy, Austria, Slovenia, and Israel, and reached the top 20 in Switzerland, and reached number 84 on the US Billboard Hot 100. The song has been certified Gold in the United States (RIAA), Platinum in Germany (BVMI) and France (SNEP). On 3 February 2017, Merton released her debut Extended plays, No Roots, which reached number one on the French charts, number two on the German charts, number three in Austria, number 25 in Switzerland and number one in US alternative radio charts. In 2016, Merton received the annual award for promotion of talented newcomers in the category Acoustic Pop in Hamburg. Born on September 13, 1993 in Frankfurt, Germany, to a British father and a German mother, her family moved frequently due to her father’s job as a mining consultant. Merton grew up in Frankfurt, Connecticut, Munich, and Ontario. She received a bachelor’s degree in composition and songwriting from Popakademie Baden-Württemberg. 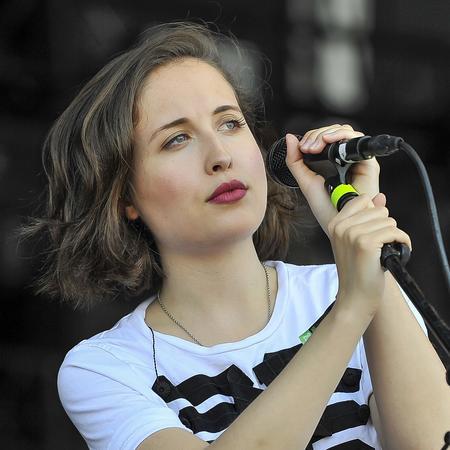 Alice Merton Facts:
*She was born on September 13, 1993 in Frankfurt, Germany.
*She grew up in Frankfurt, Connecticut, Munich, and Ontario.
*Growing up, she learned classical piano and singing.
*She released her debut single, “No Roots” at the end of 2016.
*Billboard magazine named “No Roots” the 81st best song of 2017.
*She released her first EP No Roots on February 3, 2017.
*Visit her official website: www.alicemerton.com
*Follow her on Twitter, YouTube, Facebook and Instagram.