Alien Huang was a Taiwanese singer, actor, television host, illustrator and fashion designer. He was best known for hosting the television variety show 100% Entertainment. Huang was a part of Japanese TV Asahi’s disbanded boy band HC3 and Taiwanese Rock Records’ disbanded boy band Cosmo (丸子). His debut solo pop album, Love Hero, was released in 2009. In 2008, Huang founded a clothing line called Alien Evolution Studio (AES). Also an actor, he starred as Christopher in Already Famous and as A-hsien in Din Tao: Leader of the Parade. Born Hung-Sheng Huang on November 28, 1983 in Beitou District, Taipei, Taiwan, Huang’s parents divorced when he was young, and he and his younger sister were raised primarily by their father and grandmother. He died of aortic dissection on September 16, 2020 in Taipei at age 36. At the time of his death, he had been dating Wu Han-chun. 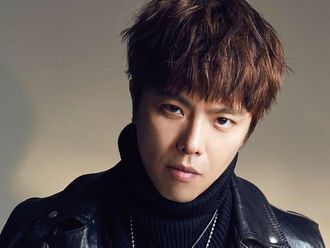 Alien Huang Facts:
*He was born on November 28, 1983 in Beitou District, Taipei, Taiwan.
*In 2002, he hosted a children’s television program called Follow Me, Go!.
*He is the founder and designer of the clothing brand, AES (Alien Evolution Studio).
*He died on September 16, 2020 in Taipei.