Nathan Keyes is an American actor. He is best known for his roles as Kevin Levin in Ben 10: Alien Swarm and Ansel in Maya Dardel. He has also appeared in The Kings of Summer, The Good Doctor, Cleaners, and Britney Ever After. Born Nathan William Gumke on November 28, 1985 in Washington, D.C., to parents Holly and Dale Gumke, he was raised in York, Pennsylvania with younger brother Chris. He was educated at York Suburban High School. 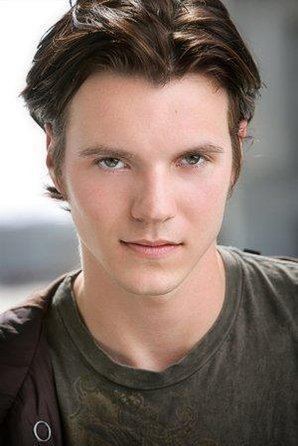 Nathan Keyes Facts:
*Born on November 28, 1985 in Washington, D.C., his ancestry includes German, Finnish, Swedish, and English.
*As a child, he appeared in productions like Cabaret and Romeo and Juliet.
*He worked as graphic designer and photographer of CD covers.
*He studied acting with coach Stephanie Feury.
*In 2009, he joined the cast of the movie Ben 10: Alien Swarm, portraying Kevin Levin.
*Follow him on Twitter, Facebook and Instagram.