Allison Harvard is an American fashion model, most notable as the runner-up of both cycle 12 of America’s Next Top Model and America’s Next Top Model: All-Stars. Harvard has appeared on the cover or been featured in many international fashion magazines including Harper’s Bazaar, L’Officiel, ONE, WeTheUrban, and one of the Philippines’ leading fashion megazines, Mega. She has modeled for KarmaLoop.com, walked at the 2012 New York Fashion Week for Gemma Kahng and Malan Breton, and was appeared in a spread for ONE Magazine. She has also modeled for Richie Rich and Chromat. In October 2012, Harvard appeared in an episode of I Am Meg: Own the World in Style, a Philippine TV Lifestyle show on ETC. She is represented by the agencies NEXT Model Management and Elite Model Management. Born Allison Elizabeth Harvard on January 8, 1988 in Houston, Texas, she grew up in New Orleans, Louisiana, with her sister, who is also a model. She was educated at Klein High School, The University of New Orleans, and Louisiana State University. In 2014, Harvard began dating Jeremy Burke. 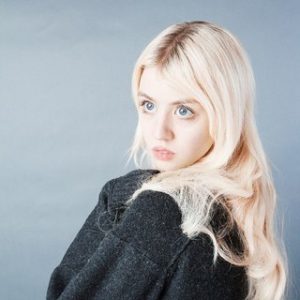 Allison Harvard Facts:
*She was born on January 8, 1988 in Houston, Texas, USA.
*She gained internet fame for her Creeper Chan meme.
*She was a contestant and the runner-up on Cycle 12 of America’s Next Top Model (ANTM).
*She became the face of got2b hair products in 2019.
*Follow her on Twitter, Facebook and Instagram.