Allison Holker is an American dancer, best known for appearing on the television dance competition So You Think You Can Dance, where she was a contestant in season 2 and an all-star in seasons 7–11 and 14. She also competed in the 19th season of Dancing with the Stars. Born Allison Renae Holker on February 6, 1988 in Anoka County, Minnesota, to parents Nikki Louise (Olsen) and David Lee Holker, she was raised in Orem, Utah. She began dancing at age three and began her dance training at the age of nine when she enrolled as a student at The Dance Club in Orem. At 16, she began teaching dance at her old studio. Allison graduated from Timpanogos High School in June 2006. Alli is married to dancer Stephen Boss, with whom she has a son named Maddox. She also has a daughter named Weslie from a previous relationship. 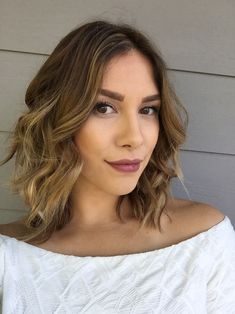 Allison Holker Facts:
*She was born on February 6, 1988 in Anoka County, Minnesota, USA.
*She started dancing at age 3.
*At the age of 9, she began her training at “The Dance Club” in Orem, UT.
*Member of The Church of Jesus Christ of Latter-day Saints.
*She has worked in film, television, and concert tours.
*She appeared on the television dance competition So You Think You Can Dance.
*She performed in the 19th season of Dancing with the Stars.
*She appeared as a dancer on the VH1 drama Hit the Floor.
*She has hosted Disney’s fairytale weddings.
*In 2002, Allison performed at the Olympic Games in the opening and closing ceremonies.
*Visit her official website: www.allisonholker.com
*Follow her on Twitter, Facebook and Instagram.