Allison Mack is an American actress. She is best known for her portrayal of Chloe Sullivan on the WB/CW series Smallville, and for her role as Amanda on the FX series Wilfred. In 2011, Mack starred in the romantic crime drama film Marilyn. 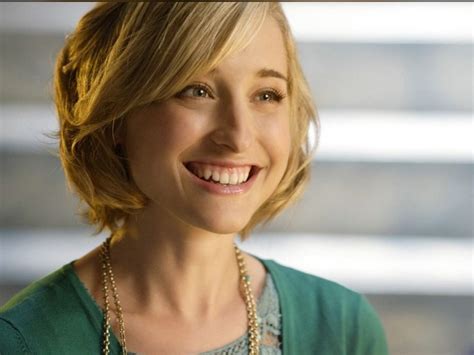 Born Allison Christin Mack on July 29, 1982 in Preetz, Germany, to American parents Mindy and Jonathan Mack, Allison moved with her family to Long Beach, California, when she was two years old. Mack’s first major television role was in an episode of the WB series 7th Heaven. She had a long-term relationship with actor Chad Krowchuk during the 2000s. Mack married actress Nicki Clyne in February 2017. They divorced in December 2020.

Allison Mack Facts:
*She was born on July 29, 1982 in Preetz, Germany.
*She began acting at 4 with print work and commercials, and began studying at The Young Actors Space in Los Angeles when she was 7.
*She starred as Chloe Sullivan on the WB/CW series Smallville from 2001 to 2011.
*She was listed among the 50 Sexiest Women in “Femme Fatales” (January/February 2005) magazine.
*She engaged to longtime boyfriend Peter in March 2003.
*On April 20, 2018, Mack was arrested in Brooklyn by the FB, on charges of sex trafficking, sex trafficking conspiracy, and forced labor conspiracy in relation to her role in the NXIVM organization.
*She has a German Shepherd/Malamute dog named Phantom.
*Follow her on Twitter and Instagram.