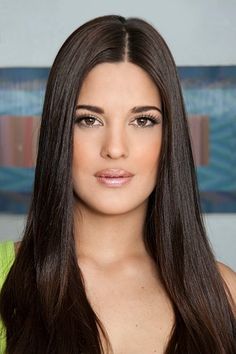 Born Sabrina Seara Parra on March 27, 1985 in Caracas, Venezuela, Sabrina is the youngest of three siblings and the three were raised in Caracas where they went to school. She started taking acting classes at RCTV’s 1BC academy when she was 16 years old. Her breakout role was in 2012 as Yamilet López in the telenovela Válgame Dios. In September 2014, Seara married actor Daniel Elbittar. They have a son together.

Sabrina Seara Facts:
*Born on March 27, 1985 in Caracas, Venezuela, her family originally from Spain moved to Venezuela after the civil world.
*She developed an interest in acting and modelling from a young age.
*She studied Mass Communication which helped her pursue her acting career.
*Follow her on Twitter, and Instagram.