Allison Scagliotti is an American actress of film, television and theatre. She is best known for television roles as Mindy Crenshaw on Drake & Josh, Claudia Donovan on Warehouse 13 and Camille on ABC Family’s Stitchers. Her movie credits include Endless Bummer, Redemption Maddie, My Name Is Jerry and Chastity Bites. Born Allison Glenn Scagliotti on September 21, 1990 in Monterey, California, USA, to Lauren Scagliotti, she belongs to Irish, Italian, German, English and Jewish descent. She is the first cousin of Kevin Pfeiffer, the lead vocalist of Five Minutes to Freedom. Her first lead role was in the 2005 short film Redemption Maddie. 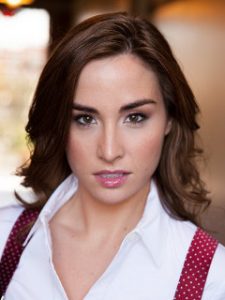 Allison Scagliotti Education:
Glendale Community College
She was homeschooled since she was eleven years old.

Allison Scagliotti Facts:
*She was born on September 21, 1990 in Monterey, California.
*She started acting in high school.
*She is also a ballet dancer.
*She is friends with Neil Grayston from Eureka.
*She is a fan of David Lynch.
*Follow her on Twitter, Facebook and Instagram.