Ally Sheedy is an American actress of film and stage, as well as an author. She has starred in such films as The Breakfast Club, War Games, Short Circuit and St. Elmo’s Fire. She won the Independent Spirit Award for Best Female Lead, for her role in High Art. At age 12, she wrote a children’s book, She Was Nice to Mice. She played Joani Lunsford in the 2016 dark comedy film Little Sister. Born Alexandra Elizabeth Sheedy on June 13, 1962 in New York City, New York, USA, she is the daughter of Charlotte and John J. Sheedy, and sister of Patrick Sheedy and Meghan Sheedy. She is of Ashkenazi Jewish descent on her mother’s side, and of Irish descent on her father’s side. She married David Lansbury in April 1992, and the couple had a daughter named Rebecca in 1994 before getting divorced in 2009. 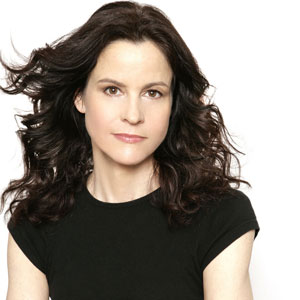 Ally Sheedy Facts:
*She is the eldest of three children.
*She wrote a best selling novel at age 12.
*She is a vegetarian.
*She is niece-in-law of Bruce Lansbury and Angela Lansbury.
*Follow her on Twitter.