Sonny Digital is an American music producer and rapper born in Saginaw, Michigan. He rose to fame after producing YC’s hit single “Racks” in 2011 which became number 42 on Billboard’s Hot 100 chart. Sonny is famous for his production on the tracks “I Dont Sell Molly No More” and “Tuesday” by ILoveMakonnen featuring Drake, “Birthday Song” by 2 Chainz featuring Kanye West, and “Same Damn Time” by Future. At 13 he started making his own beats to rap over, and joined his first hip hop group as a producer at age 16. In May 2011, he released his first mixtape Digital History. Born Sonny Corey Uwaezuoke in Saginaw, Michigan, on March 5, 1991, Sonny grew up in Atlanta, Georgia. He has an older brother. 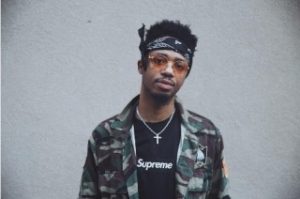 Sonny Digital Facts:
*He was born in Saginaw, Michigan and was raised in Atlanta.
*He has his own label Sonny Digital Music Group.
*He signed with Universal Publishing as a producer.
*Visit his official website: www.sonnydigital.us
*Follow him on Twitter, Facebook, Soundcloud and Instagram.