German-Turkish actress who has appeared in German film and television. She is best known for the television work on series such as Der Kriminalist, Notruf Hafenkante, Der Lehrer, Großstadtrevier and The Old Fox. Bagriacik played her first major leading role in the feature film Hördur (2015), for which she was nominated for Best Actress 2015 by the German Film Critics Association. Born on July 10, 1990 in Ankara, Turkey, to parents Çiğdem and Münir Bağrıaçık, who were correspondents for the Turkish Media, moved to Berlin in 1995, where Bagriacik grew up speaking both German and Turkish. 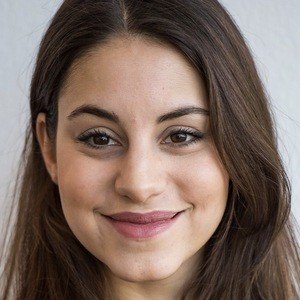 Almila Bagriacik Facts:
*She was born on July 10, 1990 in Ankara, Turkey.
*She is of Turkish descent.
*Her parents moved to Berlin in 1995, where she grew up speaking both German and Turkish.
*She was discovered in 2008 by a photographer at a club in Kreuzberg in Berlin, who invited her to an audition.
*Follow her on Instagram.