Amanda Ware is an Australian fashion model, best known for winning the sixth cycle of the reality television show Australia’s Next Top Model. She signed a three-year contract with Elite Model Management in New York City in 2010, following a successful one week visit. She has appeared in runway shows for such top fashion brands as L’Wren Scott, Kenzo, and BCBG. Born on June 1, 1992 in Mermaid Beach, Queensland, Australia, she did her schooling from Miami State High School in 2009, and studied physical fitness at Griffith University in Queensland, Australia. She made her runway debut at New York Fashion Week Fall 2011. In 2018, she got engaged to photographer Jack Lawrence. 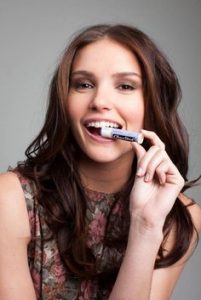 Amanda Ware Facts:
*She was born on June 1, 1992 in Mermaid Beach, Queensland, Australia.
*She was Captain of Miami State High School.
*Following graduation from Miami State High School in 2009, she worked as a waitress in Mermaid Surf Club.
*The winner of the sixth season of Australia’s Next Top Model.
*She appeared in a runway show for designer Antonio Berardi during the 2012 London Fashion Week.
*She made headlines back in 2010, when host Sarah Murdoch famously announced the wrong winner during the live finale.
*Kelsey Martinovich was initially named the winner, but it was later revealed that Ware had won by just three votes.
*Her hobbies include pilates, tennis, surfing and touch football.
*Follow her on Twitter and Instagram.