Maria Grazia Cucinotta is an Italian actress of film and television. She is best known for her roles in Il Postino and as the Bond girl in the James Bond film The World Is Not Enough. Cucinotta’s other notable works include A Brooklyn State of Mind, Camere da letto, Picking Up the Pieces, Just One Night, Mariti in affitto, All the Invisible Children, Purple Sea, L’imbroglio nel lenzuolo, The Rite, Magic Card, and Into the Rainbow. She won the America Award of the Italy-USA Foundation in 2010. Born on July 27, 1968 in Messina, Sicily, Italy, she has one sister named Giovanna. She has been married to Giulio Violati since October 8, 1995. Together they have one daughter, Giulia Violati. 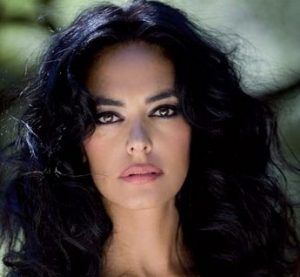 Maria Grazia Cucinotta Facts:
*She was born on July 27, 1968 in Messina, Sicily, Italy.
*In 1987 he took part in the Miss Italia competition.
*She has been appeared in films and television series since 1990.
*She visited Argentina to receive a honorary award in the San Luis Cine International Festival. (November 2007)
*She received a star on the Italian Walk of Fame in Toronto, Ontario, Canada in 2012.
*Visit his official website: www.mariagraziacucinotta.com
*Follow her on Twitter, YouTube, Google+, Facebook and Instagram.