Amber Davies is a British reality television personality who was a contestant on ITV2’s reality romance show Love Island 2017. She is also known for her appearances on the ‘The X Factor’ a number of times. She has a strong social media influence with more than 1.6 million Instagram followers and more than 400k followers on Twitter. Born on October 4, 1996 in North Wales, United Kingdom, to parents Susan and Hefin Davies, she has a sister. She gained fame after appearing as a cast member on the ITV2 series Love Island. [© celebsfacts.com] In 2018, Davies began dating Perri Kiely. She previously dated her Love Island co-star Kem Cetinay. 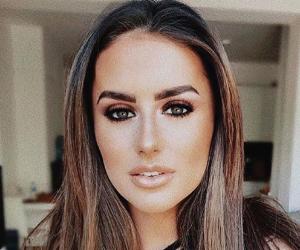 Amber Davies Education:
She studied at Ysgol Twm o’r Nant, which is a non-denominational primary school in her hometown.

Amber Davies Facts:
*She was born on October 4, 1996 in North Wales, United Kingdom.
*She used to work as an entertainer at the London based nightclub Cirque Le Soir.
*She was an Islander on Season 3 of the revived series of Love Island.
*In 2018, she landed a job on the West End in the musical about Dolly Parton’s life, ‘9 To 5’.
*Follow her on Twitter and Instagram.