Amol Palekar is an Indian actor, director and producer. Palekar is famous for his image of the ‘middle-class everyman’ who struggles to get a job (Gol-Maal), his own flat (Gharonda), a girlfriend/wife (Baaton Baaton Mein), appreciation from his boss, etc. In 1982 Palekar played the role of ‘Ravi Chettan’ in the acclaimed Malayalam movie Olangal. For his performance in the 1979 film Gol Maal, he won the Filmfare Best Actor Award. He was born to Kamlakar and Suhasini Palekar in a lower-middle-class family in Bombay, Maharashtra, India on November 24, 1944. He grew up with his three sisters, Neelam, Rekha and Unnati. 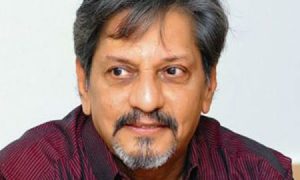 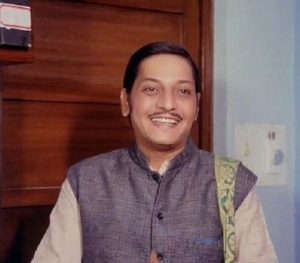 Amol Palekar Facts:
*He turned to directing with the Marathi film Aakriet.
*He started his own group, Aniket, in 1972.
*He worked at the Bank of India before he took up acting.
*He won the Filmfare Best Actor Award for Gol Maal.
*Visit his official website: www.amolpalekar.com